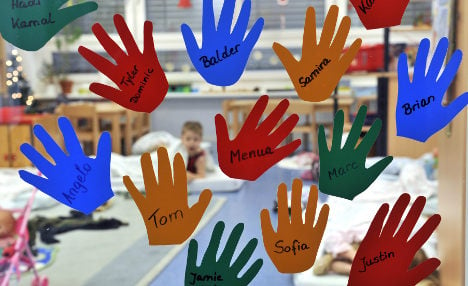 Germans Silvia Kalina and Björn Schallmey were arrested by Italian police as well as Kimberly Hines of the United States and Olivier Karrer from France, suspected of organising and carrying out about 10 such abductions.

All were initially arrested on suspicion of conspiracy. Milan prosecutors questioned Hines and she was later released.

Karrer is the head of a support group called the European Council for Children of Divorce. Last year Der Spiegel magazine wrote that he helped foreign parents to kidnap their children from Germany after German courts have awarded custody to the other parent.

The three others were reportedly members of the group, which seeks to raise awareness about the plight of children of divorced parents of different nationalities in cases of disputed custody.

The investigation goes back to March 2011 when Italian prosecutors arrested a woman from Milan, Marinella Colombo, after she tried for years to regain custody of her two children, which a German court had given to her ex-husband, and was about to flee to Lebanon with them.

The children had been hidden in Slovenia after their abduction. A Milan court later found Colombo guilty of kidnapping the two minors.

Investigators said Karrer organised the flight and was paid €20,000 for his services.

According to the investigation, the four suspects had “financial and logistical means in various European and other countries” allowing them to kidnap underage children in custody disputes in exchange for money.