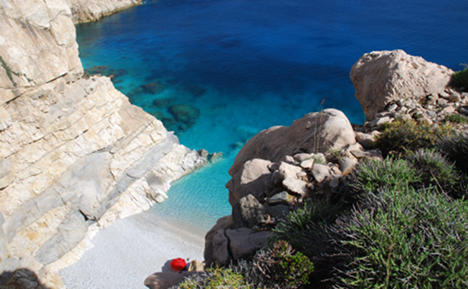 “Some kind of state-sponsored bonus that encourages Germans to travel to Greece, for example, at the last minute could be the beginning of a European stimulus programme,” Chatzimarkakis, a German of Greek descent, told the mass-circulation daily Bild.

Erwin Lotter, an FDP deputy in the German lower house of parliament, said the proposal would be a win-win for sun-starved Germans and cash-strapped countries crying out for euros generated from tourism.

“Policymakers and industry should get together to sweeten the deal,” he told Bild.

Most of the countries suffering from the turmoil are on the eurozone’s southern periphery, with Greece, Spain and Portugal seeking bailouts and Italy struggling to tame its mountain of debt. All rely heavily on tourism.

Greece in particular reported a sharp decline in German bookings in the wake of the crisis, with Germans feeling skittish about visiting the country amid public anger over Merkel’s hard line on its debt woes.