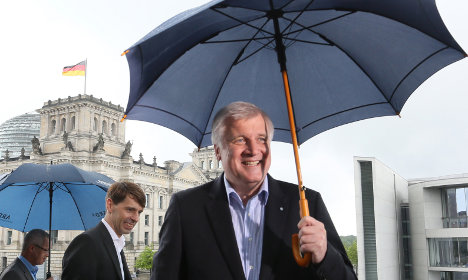 “With all solidarity, we have always made it clear – a transfer system within which Bavaria alone pays half of the total compensation for the whole of Germany, has run out of control and must be corrected,” State Premier Horst Seehofer told the Süddeutsche Zeitung.

Last year Bavaria paid €3.66 billion to poorer states – from a total of €7.3 billion which is transferred between states, a situation which Seehofer intends to challenge in the Constitutional Court.

Talks with the recipient states to set out a system where they volunteer to take less money, and put a cap on how much they could receive, have failed the Bavarians say.

“Despite intensive efforts, the other states were not seriously interested to implement reforms in the way things are dealt with,” the Bavarian state cabinet paper says.

The other donor states, Baden-Württemberg and Hesse, have supported Bavaria in its search for change, but do not seem to be in such a rush to head for court, the Süddeutsche Zeitung said.

“If the talks with the other states do not move anything along, we Bavarians have no option left other than the road to Karlsruhe,” said Seehofer referring to the site of the Constitutional Court.

His office said the official complaint would be submitted to the court by the end of the year, but that a decision would be unlikely before the state and national elections in autumn 2013.

Seehofer’s intentions infuriated his colleagues in other states. Erwin Sellering, state premier of Mecklenburg Western Pomerania said he had absolutely no understanding for it. He said Seehofer was again creating disharmony within the country rather than promoting solidarity ahead of the Bavarian state election.

“I find it is impossible if especially this state questions the solidarity within Germany and wants to stop the framework which has been agreed until 2019,” he told the Hamburger Abendblatt newspaper. He said that Bavaria had itself benefited from the transfer system for 40 years.

Schleswig-Holstein Finance Minister Monika Heinold said the current agreement was needed to enable states to reduce structural new debts to zero by 2020, but she said the system needed to be discussed – without going to court.

Her counterpart in Bremen said she was not worried about the complaint to the court, saying the transfer was a legal right rather than a charitable donation. Bavaria had once been dependent on such help, but had seemingly lost an appreciation for how rich and privileged it was, she said.