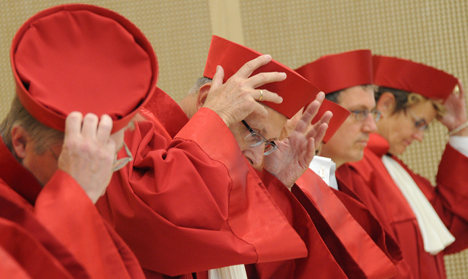 The Federal Constitutional Court said it would hand down a judgement on complaints aimed at preventing President Joachim Gauck from signing legislation passed last month by both houses of parliament.

The rescue shield cannot come into force without the ratification of Europe’s top economic power and already jittery markets are nervous at the prospect of a lengthy legal battle.

While parliament approved the measures, Gauck has delayed signing them into law while the court considers a raft of legal challenges.

“We have asked the court to decide as quickly as possible because we are in an extraordinarily critical situation. The risk of contagion to the whole eurozone is very high,” Schäuble told German radio.

However Chancellor Angela Merkel insisted on the court’s independence in a television interview on Sunday.