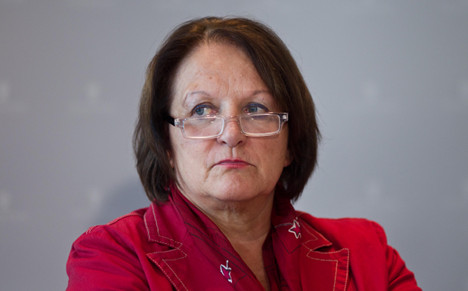 Minister of the Interior Hans-Peter Friedrich on Saturday rejected the suggestion from the German Justice Minister Sabine Leutheusser-Schnarrenberger that the intelligence service should be made smaller.

“This is a sweeping statement that I cannot back,” he said, adding that only by improving the service’s performance could it recover from the high-profile misjudgements it made in connection to a string of neo-Nazi murders – and seeming attempts to cover them up.

Friedrich said increased efficiency rather than a reduced size would be key to meeting future challenges.

So far the head of the domestic intelligence service – the Verfassungsschutz Heinz Fromm and two other high profile officials have resigned, while an investigative parliamentary committee has forced revelations of other unprofessional behaviour in the organisation.

Leutheusser-Schnarrenberger, of the junior coalition party the Free Democrats (FDP) suggested on Saturday that the government should carefully inspect how the country’s intelligence service is organised and how different tasks are assigned.

There is currently an overarching federal level of authority, under which 16 state-based levels operate. Leutheusser-Schnarrenberger said she hoped that making the service smaller would also make it more transparent and efficient, thus winning back the trust of the public.

The failure to stop the ten killings, claimed by a neo-Nazi terror cell, has severely – some say fatally – damaged the reputation of the service, and amplified calls for it to be fundamentally reformed.

Other politicians also favoured a change, with Renate Künast, leader of the Greens’ parliamentary party calling for a root and branch change in staff. “This fish does not only stink from the head,” she told the <i<Saarbrücker Zeitung newspaper.

She said current staff displayed “disloyalty to superiors and country” and that people were needed in the service who had a democratic mindset rather than a focus on keeping secrets.