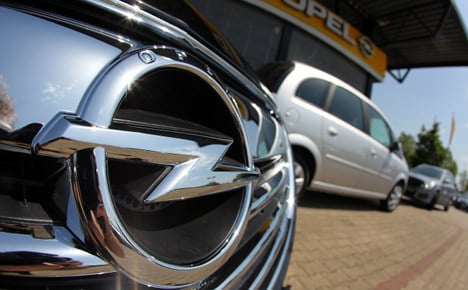 The situation in Germany is actually better than in many European countries where large auto sectors have been slow to react to a glut in output as sales slumped.

But after agreeing to management plans aimed at keeping as many workers employed in German plants as possible, unions are now drawing the line.

On Thursday, GM Europe chief Karl-Friedrich Stracke quit suddenly, raising fears that a deep restructuring plan to steer the loss-making unit Opel back into profit could now be in jeopardy.

In the western German city of Bochum, the head of the works council at the local Opel plant, Rainer Einenkel, told AFP that GM would be held to its word.

“Promises must be kept, regardless of who is in charge,” he said. “We tried to work on solutions with Stracke so plants would not be closed. I hope that GM sticks to the agreements.”

The works council also wrote to employees, warning Opel and GM to uphold the Stracke plan.

“A new debate about plant closures would further unnerve staff and customers and would lead to clear damage to the image and market share of Opel,” it said.

The head of trade union IG Metall, Berthold Huber, said GM must take “decisive and ambitious” action to help its ailing unit without closing factories or shutting labour out of the process.

“This is about nothing less than Opel’s future,” he said in a statement. The situation is similar, if not worse, in Italy and Spain.

Jürgen Pieper, an auto analyst at Metzler bank told AFP that in general, European car factories were working at about 70 percent of capacity.

Nicolas Bouzou, an Asteres economist noted that “to be profitable, an auto factory must function at least at 80-85 percent.”

Some have managed to do so, with German luxury brands BMW and Daimler, which owns Mercedes Benz, running at around 90 percent, and Audi, a high-end brand owned by Volkswagen, also maintaining a strong cadence.

They benefit from continued strong demand for premium autos in emerging markets, and VW’s solid presence in China allows it to compensate for higher labour costs back home in Germany.

In late June, Opel’s supervisory board approved a plan that involved deep restructuring, huge investment in the product range of the Opel and Vauxhall brands, and a new marketing strategy.

Material, development and production costs would all be cut and “better use made of synergies arising from the tie-up between GM and French partner PSA Peugeot Citroen,” Opel said.

Talks are currently underway to keep the Bochum plant, which had reportedly been mooted for closure, open until the end of 2016 in a deal.

Opel has also pledged to negotiate with unions to prevent job cuts across the board until 2016, two years beyond the already agreed date of 2014, in exchange for a pay hike freeze.

Talks are to resume in October, IG Metall said. But Stracke was reportedly pushed out after just six months in the job owing to poor sales and a lack of faith in his plans to turn the firm around.

Opel declined to comment but the company’s first-half 2012 sales fell by 9.3 percent. GM’s European operations have run up billions of dollars in losses over the past 10 years.

Many European automakers tried to avoid closing plants as sales fell during the global economic crisis and now face situations that have deteriorated even .

According to a study by AlexPartners, only three European plants have been closed since 2007. In the United States, 18 factories were shut down over a four-year period, allowing those that remained open to operate at around 88 percent of capacity.

“In the end, (European) production will have to adapt to demand. It is only then that they will become profitable again,” said Laurent Petizon, a director at AlexPartners.

UBS analyst Philippe Houchois said: “Given how overcapacity is spread across the European Union, each of the generalist automakers, PSA, Renault, Fiat, GM and Ford would theoretically need to shut down at least one plant.”

In early July, Fiat boss Sergio Marchionne warned that his group would have to close a factory if the European market remained in a slump over the next two to three years.

Automakers for the most part have the financial means to pay for such shut-downs without having to call on public funds, Houchois said, which reduces the amount of leverage available to governments.

In Spain, a PSA factory in Madrid-Villaverde is believed to be under threat, and experts say the Opel plant in Bochum will likely close after 2016.