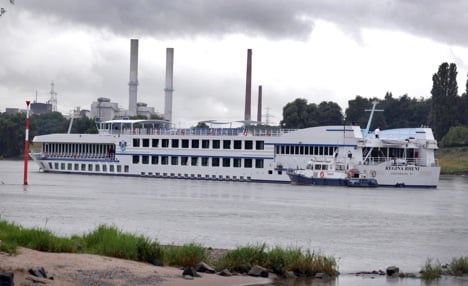 Ten of the mostly elderly passengers had to be treated for breathing difficulties in Düsseldorf, while one woman had an asthma attack. But the rest of the passengers and crew escaped unharmed, and were taken ashore in another boat.

Police reported that the fire broke out at around 3am in the kitchen and dining area. Several fire rescue and police boats rushed to the scene, and manage to extinguish the fire after about three hours.

The cause of the fire and the extent of the damage have not yet been ascertained, police said.