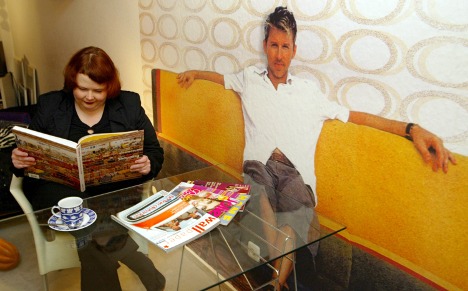 Of middle-aged women who live alone in Germany, 17 percent have good jobs, while just 13 percent of those who live with others have such professional success, the Die Welt newspaper reported on Thursday.

Yet of men aged between 35 and 64 who lived alone, 21 percent had a top job, while the figure rose to 26 percent for those who lived with others.

And although the living situation seemed to be unconnected to actually having a job for women, more co-habiting men had jobs than those living alone.

Of the men living alone, 74 percent had jobs, while that figure rose to 85 percent among those living with others.

In 2011, 21 percent of women lived alone, although this was also connected to women’s longer life expectancy – the likelihood of women living alone rose compared to men with age.

For younger age-groups, the situation is reversed, with more men than women living alone – it switches over after people turn 58, the statistics showed.

The micro-census questionnaires did not ask why people were living alone, and did not ask about people’s relationships – whether they were part of a couple but living alone for example.

Large cities were home to more lone dwellers. Hannover, where 33 percent of people were living alone, had the highest proportion of lone dwellers. This was followed by Berlin and Leipzig, which both found 31 percent of their citizens living on their own, and Munich, where the share was 29 percent.