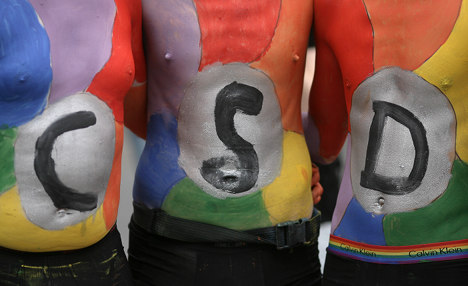 The festival that brings an entire French village to the German capital is celebrating its 50th year of Franco-style shops, food, wine and other culture in Berlin. The event is known for attracting locally prestigious figures including Berlin Mayor Klaus Wowereit, who opened this year’s festivities alongside the French ambassador to Germany Gourdault-Montagne. Any visitor celebrating his or her 50th birthday by closing day can show an ID to obtain a 50 EUR voucher for enjoyment on the festival grounds.

Since 1999, Pearls of Classics have organized carefully-curated classical concerts in some of Berlin and Munich’s most historic locations. From the French Dome at Gendarmenmark to Köpenick’s Castle Church, the Sanssouci Church of Peace in Potsdam and Citadel Spandau, this summer series never fails to enchant a wide range of audiences. As the last leg of a programme that begins in January, July’s lineup incorporates an especially exciting group of local musicians from varying age groups and backgrounds.

With its creaky wooden floors and hearth-like stage, Kreuzberg-staple Mano has played host to a fair number of intimate acoustic performances. Like any good Berlin establishment though, it leaves plenty of room for dance acts with folks such as DJ Valentino45, who’s scheduled to spin vinyls in the spirit of “old funkey music” this Friday along with Horst Schlüpper of fuchs&elster fame, whose flavor ebbs in the direction of klezmer/swing/electro.

It’s become tradition (now in its 14th installment) that the second Saturday night in July belongs to the curious in Dresden. Museum patrons mull the streets between 6pm and 1am in pursuit of some of the city museums’ rare treasures, many of which are only open to the public on this special occassion. Even musical and theatrical performances are incorporated into the exhibitions of the 40-some museums taking part in this long night of discovery. A network of shuttle busses and trams ensure that patrons can easily get anywhere they need to be among their favorite participating locations.

For the past five years, Australian performance troupe This Side Up Acrobatics have mesmerized audiences in Europe and Australia alike with their mash-up of theatre, circus, acrobatics and dance. Led by one of Australia’s leading circus directors Robin Laurie, the group’s piece “Controlled Falling Project” tells the story of an oddball professor and his experiment on three willing men, which endows them with what border on magical acrobatic capabilities. Is it indeed a simple game of physics, or rather years of highly-disciplined training?

The residue of “process” interests Nora Schultz more than the final product. Her solo exhibition in Frankfurt’s Portikus gallery is the first to occupy both the location’s lower as well as its temporary upper floor – and does so with a keen spatial and acoustic sense. Incorporating live processes into her show, she pays homage to the tools and physical traces of production with elements such as a microphone sculpture and a multi-part printing plant. The show as a whole “construct[s] a language, which takes on new dimensions as it undergoes perpetual transformation,” the programme explains.

This latest installment of the Frankfurt Museum of Modern Art’s Sunset series brings artist Tobias Zielony on location to present his exhibition “Fotografie Total”. His work with youth gangs in the Canadian territory of Manitoba sets the backdrop for a number of Sunset-typical extras, including the artist’s presentation of the drama “Stryker” by Noam Gonick, which originally inspired his work. The accompanying Sunset Bar by Robert Johnson will serve the drink “Manitoba Sunset” made from Canadian whisky, complete with music from the North American region.

It would seem that July is German-French appreciation month, thanks not least to the latter’s Bastille Day holiday, otherwise known as French National day, on the 14th. The celebratory ball at Frankfurt’s Restaurant Lounge begins on the eve of the big day and incorporates a live orchestral smorgasbord of French favorites, with DJs Mehmet and Thomas Bohnet putting an electronic spin on what are sure to be late hours of dance and merriment.

It was 1613 when “Winter King” Elected Friedrich V was greeted by his new wife Elizabeth Stuart with a fireworks display against the backdrop of the palace for the first time. Today, the tradition continues with several light and pyrotechnic displays throughout the year. Saturday’s exhibition takes place just as night sets in following a celebratory concert in the Church of the Holy Ghost at 6:15pm. Patrons can secure excellent views from either the Neckarufer or the Philosophenweg.

Named for specialist term “White Ravens” – which refers to extraordinary books for children and adolescents – this festival aims to bring authors and illustrators in contact with readers of all ages. Centering around international literature for children and young adults, the programme includes six days of author readings, writing workshops, lectures and other enriching events. With 65 events to choose from, everyone from parents and teachers to youth and other literary fans should find something to appreciate.

The major Bavarian installment of this commemorative LGBT festival draws thousands out onto the streets of Munich for a two-day pride festival and Polit Parade (Saturday). Centering around Pride Week, this year’s celebration takes place under the motto “Fight for Global Rights”, with a number of peripheral events including live music acts and “RathausClubbing” after Saturday’s parade. This year’s event is, however, not without controversy: conservative politicians scheduled to speak in the context of the rally have not been welcomed with open arms.