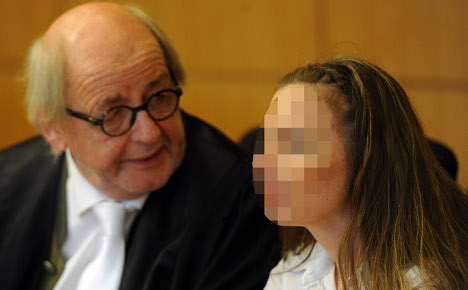 The 36-year-old woman named only as Lydia H., had turned her junkie prostitute life around with the help of a regular punter, much like the film “Pretty Woman”.

Hermann v d H., who was five decades older than her, helped her through rehab and paid for her to go to medical school. She qualified as a doctor and worked as an anaesthetist.

But the story had anything but a fairytale ending, and Lydia became frustrated with Hermann, the Aachen district court heard.

“Although she came so far, we should not believe that the original structure of the relationship ever changed,” her lawyer Reinhard Birkenstock said.

The doctor, who mostly remained silent during hearings, told the judge that her husband had tried several times to sabotage job applications. He would, she said, try to slip in notes alluding to her past.

And days before he died in February 2011, Hermann was reportedly treating his wife as if he were still paying her for sex, the Süddeutsche Zeitung newspaper said.

The case has been in court since late last year, with numerous experts called to shed light on Lydia H.’s extreme efforts to leave her husband.

“She killed the only person who had a positive effect on her life,” Birkenstock told the judge. His main tactic has been to cite her troubled life as partial justification for her actions.

After an early life dominated by sexual abuse and a rocky family environment, Lydia H. turned to prostitution to fund her drug addiction, striking up a long-term deal with Hermann who soon offered to marry her.

Birkenstock has appealed the conviction, claiming it was manslaughter rather than murder. He said said the killing was not planned but was the result of a humiliating argument during which she had lashed out at her husband.