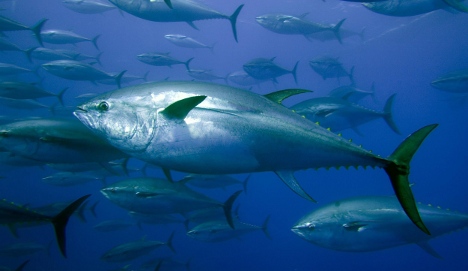 Not only fish, but also birds, turtles, deer and cows orientate themselves according to the earth’s magnetic field. For decades, scientists have been at a loss to explain exactly where and how the “compass” works in these creatures.

But now a group of Munich scientists have located the relevant sensory cell in rainbow trout – close relatives of Pacific salmon, which return every year to their home rivers across 2,000 miles of open ocean.

Professor Michael Winklhofer, together with his team at Ludwig Maximilians University in Munich, found the cells in the part of the brain responsible for the fishes’ sense of smell. The team published their findings in the Proceedings PNAS science journal of the National Academy of Sciences.

The cells contain iron oxide magnetite, which is magnetic. This magnetic substance is made by the fish themselves, though the exact process remains unknown.

The magnetism of the cells means they can pick up information from the earth’s magnetic field and convert this into a nervous impulse, helping to point the animal in the right direction.

Only one out of every 10,000 cells is magnetic, say the scientists. “That’s why there haven’t been any major breakthroughs in the search for a long time: because there are very few cells,” said Winklhofer. “The search for magnetic sensory cells is like the proverbial search for a needle in a haystack.”

It has long been known that animals could navigate using the earth’s magnetic field. In 1963, German zoologist Wolfgang Wiltschko discovered that migratory birds orientated themselves this way.

But how the internal compass worked has remained a mystery for almost half a century, though scientists discovered that a range of animals could do this – crabs, fish, deer and – of course – carrier pigeons.

Several years ago, scientists in Frankfurt and Munich detected very tiny particles of iron dioxide in the skin of the pigeons’ beaks, which turned out to be the magnetic receptors they had been searching for.

This April, a rival group of scientists at the University of Vienna published research in Nature journal suggesting the particles they had found were not parts of the “compass” nerve cells but part of the pigeons’ immune response against mucus.

Now the Munich scientists have managed to isolate whole cells containing high levels of iron oxide magnetite from the tissue of rainbow trout and prove they are magnetic. Using a magnetic field, the scientists were able to demonstrate that the cells rotated while the non-magnetic cells remained still.

Finding the cells is the first step in identifying the cell biology of the “compass” cell and the gene which allows some animals to produce the magnetic chemical.

“This is a very important step,” said Winklhofer. Once the gene structure of the cell is known, it can be compared with the human genome to establish whether humans now – or at any time in our evolution – also had “compass” cells.

“We don’t have any magnetic sense, or at least none is known to us,” said Winklhofer. “But it could of course be the case that our forefathers did have it. Maybe we also have cells that produce magnetite.”

Large overhead electric pylons and undersea cables have been known to disrupt the magnetic field reception for many animals relying on their magnetic “compass” sense to get around.

Scientists believe it’s probable that humans have some inkling of this orientation sense – and that they can also feel it.

“The knowledge could be important in connection with electro smog,” said Winklhofer. More magnet cells in the body would raise the sensibility of certain individuals, explaining why some people suffer in the presence of electric power.