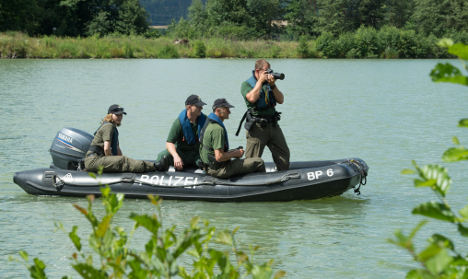 The team of around ten divers were sent into the waters of the Middle Klausen Lake near Regensburg on Monday morning after a 68-year-old man saw the animal in the reeds while walking his dog on Saturday evening.

Around 50 police officers, fire fighters, water authority officials and technical volunteers were at the lake at the weekend, the paper said, because the man’s report of a one-metre long crocodile was being considered credible.

On Saturday evening police officers on a rescue boat spotted the head of an animal on the surface of the water, but it disappeared into the depths before anything could be done. A police spokesman said no-one was even sure it was a crocodile, suggesting it could have been a large beaver.

By Sunday, police had decided to deploy a helicopter to help them hunt down the errant reptile – to no effect.

And although the authorities have stressed that there is no risk for the public – that crocodiles are not dangerous unless cornered – the lake remains closed.

Michael Rebele, spokesman for Regensburg police told Die Welt the animal had probably been set free by an owner.

“Our animal-lovers have everything you can imagine at home, such as highly poisonous snakes. Why not a crocodile?”

He said he could imagine that the owner had set the animal free because it had got too big to keep at home.