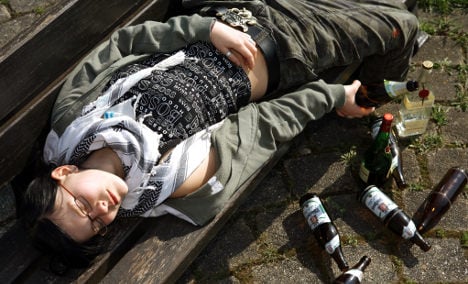 Family Minister Kristina Schröder has laid out the ideas in an 84-page ministry paper. After 8pm, all those under 16 will be barred from public events, festivals and parties where alcohol is being served, unless they are accompanied by a parent.

Schröder’s ministry says this will help tackle the problem of youth binge drinking – despite recent government figures showing regular alcohol consumption among 12 to 17-year-olds has dropped by 3.7 percent since 2001.

Beer and wine can legally be sold in Germany to teenagers over 16 years old – but they must wait until 18 to buy anything stronger.

Economics Minister Philipp Rösler has already rejected the proposal, saying he would definitely vote against them, the Hamburger Morgenpost newspaper reported on Sunday.

The FDP party youth wing also rejected the idea. “With this proposal the ministry has clearly overshot the mark,” head of the youth wing of the FDP fraction Johannes Vogel told Bild am Sonntag newspaper.

The rules would only frustrate event organisers and young people, adding that “good youth protection needs a sense of proportion.”

The aim of youth policy should be to remove barriers that make it difficult for young people to take part in public life, he added.

A spokesman for the Family Ministry told Bild am Sonntag the plans had not yet been written up as draft legislation, but were currently undergoing “considerations on a working-level,” on which the ministry declined to comment further.