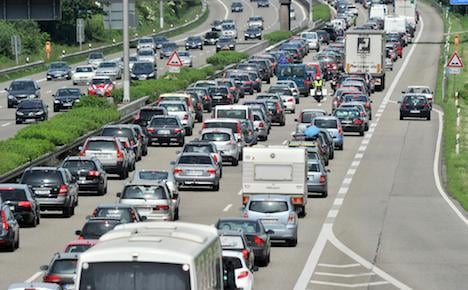 “We have more motorway construction sites this year than we did last year,” Federal Transport Minister Peter Ramsauer told the newspaper Die Welt on Saturday.

The federal government is spending more on road repair, Ramsauer said, with €2.4 billion allotted for motorway repairs this year. Next year, an additional €100 million will be spent.

And traveling at night won’t necessary help travelers hoping to avoid hours-long delays. Ramsauer said the construction will be going on 24 hours a day whenever possible.

The federal government began a programme last year to help reduce the number and length of traffic jams on the motorway, which included freeing up hard shoulders. But Ramsauer rejected the idea of reducing speed limits as a way to battle the ongoing traffic problems.