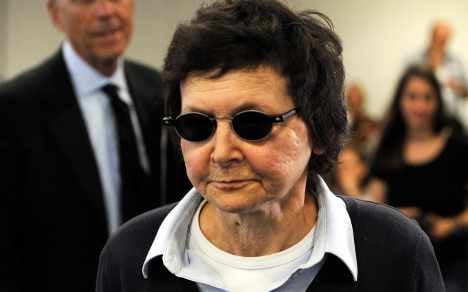 Verena Becker was convicted for her role in the 1977 RAF murder of Siegfried Buback, then West Germany’s top prosecutor, and two others.

The court in the southern city of Stuttgart said two-and-a-half years she had already served of a previous sentence for membership of a terrorist organization would count in her favour. As a result, Becker may not return to prison.

The court may decide to commute the remaining time to a suspended sentence or, in the case of an appeal, allow Becker to remain free pending a final verdict.

Prosecutors had acknowledged that Becker was not directly involved in the killing, which was the RAF’s most high-profile attack, but claimed she was a major player in planning and implementing the murder. Who actually pulled the trigger remains a mystery.

Breaking her years-long silence on the charges, Becker, now 59, said in her testimony that she “was not there” at the crime scene.

She also denied helping to plan the attack in Karlsruhe. The attack marked the start of the “German Autumn,” or the peak of the gang’s reign of terror.

The RAF – also known as the Baader-Meinhof gang after its two leaders – took up arms against what it considered an oppressive capitalist state still infested with former Nazis, killing 34 people in attacks on West Germany’s elite and on US military bases before disbanding in 1998.

Siegfried Buback, a member of the Nazi party from 1940 to 1945, was killed on his way to work on April 7, 1977. As his Mercedes waited at a traffic light, a motorcycle pulled up next to him and the person on the back opened fire with an automatic weapon, killing Buback, his driver, and a court officer.

The case was closed in 1980, but was reopened in 2008 when Becker’s DNA was found on a letter from the gang claiming responsibility for Buback’s death. Her trial began in September 2010.

Becker had already been sentenced in 1977 to life in prison for being part of a criminal organization. She was released in 1989 after being pardoned by then-President Richard von Weizsäcker.

Michael Buback, the son of the murdered prosecutor, had not called for a specific punishment for Becker, though assumed that Becker pulled the trigger. Buback has said he is certain he knows what happened on April 7, 1977, and that Becker’s sentencing would therefore carryno meaning for him.