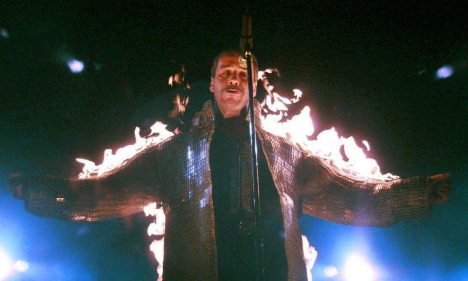 Till Lindemann, 49, lead signer of the hard rock group whose lyrics and videos have at times proved controversial, said that when bustling Berlin gets him down, he goes to his village in northern Germany to be with family and friends.

“I hate noise. I hate chatter. When I expose myself to that, it is sheer masochism. And so I have to protect myself from it. Noise drives you nuts. It kills you,” he told the magazine supplement of Friday’s Süddeutsche Zeitung.

In 2009 German authorities banned the sale of Rammstein’s album to fans under 18 for what they deemed explicit sadomasochist lyrics.

The band, which formed in 1994 and takes its name from Ramstein, the site of a 1988 air crash, did a song about Armin Meiwes, a German man dubbed the “cannibal of Rotenburg” jailed in 2006 for killing and eating a willing victim.