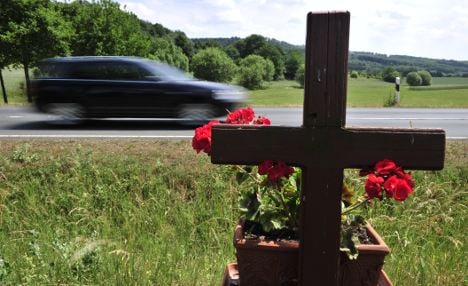 Just over 4,000 people died in road accidents in Germany in 2011 – 361 more than the previous year, figures from the Federal Statistics Office showed. That was an increase of 9.9 percent, slightly more than statisticians had expected.

Rural roads were the most dangerous, being the site of 61 percent of traffic deaths.

Only the number of under-15s who died in traffic went down – with 17.3 percent fewer children dying in 2011 than the previous year.

Around 40 percent of all traffic deaths were due to vehicles being driven too fast, the office’s report said. But the number of alcohol-related fatal accidents rose for the first time since 2002 – by 17 percent to reach 400.

The total number of traffic accidents was actually down by just over two percent over the previous year – but the share of accidents in which people were hurt rose by more than six percent.

Apparently, the risk of being killed in a traffic accident is the highest in Hannover and the lowest in Bonn.