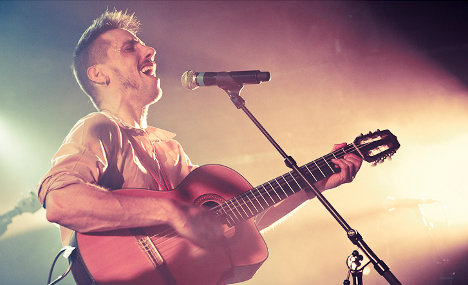 This year marks the 20th anniversary of the much-beloved outdoor classical music series, taking place in one of Europe’s most breathtaking plazas, Gendarmenmarkt. Flanked by the Konzerthaus, the Deutscher Dom and the Französischer Dom, the concerts never fail to delight audiences, whether seated in the stands or meandering around the perimeter of the plaza. Five nights of spell-binding music under the stars are scheduled into this year’s program.

Europe (to the power of) n

This trans-regional art project examines the cultural nature of Europe based on its inherent diversity. It supposes that, while challenges arise, Europe is well poised to open up to the rest of the world, thanks especially to its unique experience with community, forms of social organization and the resulting friction. The exhibition will travel to nine cities in and outside of Europe including Brussels, Istanbul, London, Minsk, Novi Sad, Høvikodden/Oslo, San Sebastián, and Beijing. It opens Friday in Berlin.

More Information: Europe (to the power of) n Website

Open-Air: My Week with Marilyn

Summer means open-air cinema in Kreuzberg, and this Thursday Colin Clark tells of his week with Marilyn Monroe. The story chronicles his time as a 23-year-old film assistant who comes face-to-face with Marilyn on the set of The Prince and the Showgirl. When her new husband Arthur Miller leaves her alone in England for a week, Colin has the chance to show her an idyllic side of England, simultaneously revealing her desperation to escape the pressures of a Hollywood-driven existence.

Film Initiative Cologne is presenting a series of 20 important African cinematic achievements this summer from May through September. On Thursday, Microphone will offer audiences an impression of the alternative music scene in the Egyptian port city of Alexandria. Not long after the film’s completion in 2010, the city found itself in the international spotlight as an important centre of resistance against Mubarak’s unpopular regime. The film will be shown in Arabic with English subtitles.

Touted as “crazy, poetic gypsy-punk from Paris”, the six members of Les Yeux d’la Tete are known to appear in Parisian metro stations and on canal banks to share their passion for musical fusion with everyone around. In a warm up to their appearance at the Rudolstadt Festival, the “Senti-Swing” sextet are making a stop at the Brotfabrik this Thursday, no doubt to the delight of fans of Hurlements d’Léo and LéOparleur, with whom the French music troupe are often compared.

The classic German-made bears that have captured the imaginations of children and adults the world over are celebrating a festival for the seventh time. The Steiff Museum in Giengen an der Brenz is opening the childhood home of Steiff company founder Margarete Steiff to visitors. The highlight of Steiff Summer is a special auction, which takes place in the evening on Saturday and attracts fans from all over the world to the original home of the classic teddy bear treasures.

What would summer be without classical music coupled with a fireworks extravaganza? Ten thousand lights will set the mood for the first part of this classical Baroque concert in the heart of the “Garden of Blooms”. Then, a fireworks finale will accompany the final 20 minutes of the show, impeccably timed to the music. Specialists from Flash-Art in Bielefeld are responsible for design and execution of the magnificently co-ordinated display.

Woody Sez – The Life And Music of Woody Guthrie

This musical theatre interpretation of the life and music of Woodie Guthrie takes its name from the column in the communist newspaper for which he used to write every week in the 1930s. Four actors equipped with the typical folk-instrument array including guitars, banjos and fiddles portray the musician’s life from bouts of foolishness to his lyrical genius as well as his political entanglements. In the spirit of one of Guthrie’s own quotes, the show “just wants to be known as the man who told you something you already knew.”

Classical Music on Odeonsplatz has wowed audiences for an entire weekend in July since the year 2000. More than 16,000 visitors descend upon one of Munich’s most beautiful squares to indulge in world-class performances by two of the city’s best orchestras, the Munich Philharmonic and the Bavarian Radio Symphony Orchestra. This year’s program will include world-famous Argentinian cellist Sol Gabetta on Saturday and the young star conductor Andris Nelsons on Sunday.

The Chinese language and culture institute Konfuzius München is organizing an opportunity for anyone from school children to adult intellectuals to explore various aspects of Chinese culture. With talks on everything from traditional Chinese medicine to calligraphy, food safety to depictions of China in the German media, there’s something for everyone to mull over. The organization also offers open readings and group study on Confucianism the first Friday of every month from 6:30 to 8:30pm.

Stuttgart’s Summer Festival of Culture has it all including food, culture and plenty of music. The city’s Stuttgarter Migrantenverein has organized the event as a celebration of diversity, with the state of Baden-Württemberg joining in to support an important anniversary year. Some 26% of the state’s population comes from a migratory background, officials point out, making the festival all the more relevant. Headliners include the “voice of the Arab Spring” Emel Mathlouthi and acts such as Toto La Momposina, who come from as far away as Colombia.