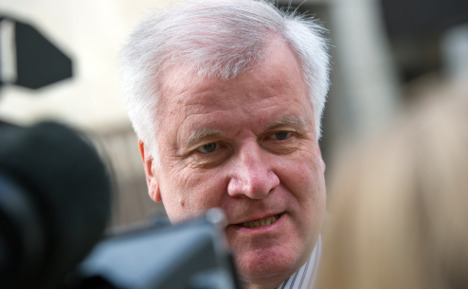 “At some time we reach the point where the Bavarian state government and also the CSU can no longer say yes. I could personally also no longer support it,” said Horst Seehofer, state premier of Bavaria. He is also leader of the Christian Social Union (CSU), sister party to Merkel’s Christian Democratic Union (CDU).

“And the coalition has no majority without the votes of the CSU,” he added in an interview with Stern news magazine.

And although Seehofer was robust in his criticism of her handling of the crisis, Merkel said there was no problem between them on the matter. Speaking in Berlin on Tuesday she said the whole coalition stood closely together.

Her other coalition partner, the business-friendly Free Democratic Party jumped to her defence. FDP Secretary General Patrick Döring said, “You do not question the course and leadership when in heavy seas.”

Merkel accepted short-term help for Spain and Italy at last Friday’s euro summit. The permanent rescue fund ESM will be allowed to help banks directly. This bypassed national economies which would thus not be subjected to tough austerity measures. Spanish banks are thought to need €62 billion in order to cover their losses. She also backed down to allow the ESM fund to buy up bonds of countries in crisis.

These kinds of measures – and the large part played by Germany in filling the ESM with money – are already putting Germany, “on the edge,” said Seehofer.

He said his major concern was that Germany could become the target of financial market speculators.

“My greatest fear is that the financial markets ask, ‘Can Germany take it all?’ That is the point that I consider to be the most dangerous of all.”

The magazine said Germany would lose its triple-A credit rating if the eurozone were to collapse – because the country has guaranteed €310 billion worth of loads to other states. This sum makes the €12 billion or so lost as a result of the Greek write-down look small, it said.

Experts say Germany would lose at least a trillion euros if everything went wrong and Spain and Italy were not rescued, the magazine said.

Seehofer said the man on the street would have difficulty understanding – and accepting – what was being undertaken.

“Parliament is debating the stability pact. And at exactly the same time government leaders of some euro countries are working to soften exactly those stability criteria. Which citizen should understand that?” he asked.

The aim must be to break through what he called the “debt mentality” of some countries.

“It is deeply human that others want our money without undertaking much themselves. But it is no solution to the problem,” he said.

Seehofer also put down a marker regarding the German constitution which Finance Minister Wolfgang Schäuble said could be altered to enable some sovereign powers to be transferred to European bodies.

“Hands off the constitution!” said Seehofer.

The idea of giving the institutions of what he called a “European monster state” wide-ranging powers, did not come into question, he said, saying he would make the issue the focus of next year’s general and Bavarian state elections.

“We will put this question to the people,” he said.