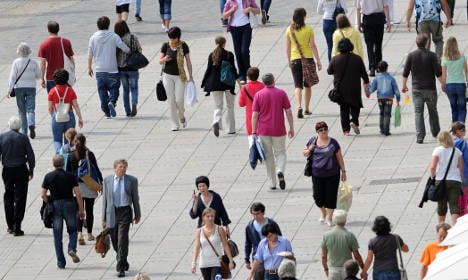 But despite this positive development, authorities still believe that the population will continue to decline in coming decades, because Germans are not having enough babies.

The office says that there would need to be an average of 2.1 children per woman in order to sustain the current population level – but the current birth-rate is well below that at 1.4. Even the current rate of immigration to Germany is not enough to make up the deficit.

This deficit of births to deaths continues a four-decade old trend in Germany – more people have died than been born in the country since 1972. The number of marriages is also declining, with only 378,000 marriages last year – 4,000 fewer than 2010.

But demographers see no particular cause for alarm, since Germany still has the fourth highest population density in Europe – with around 230 people per square kilometre.