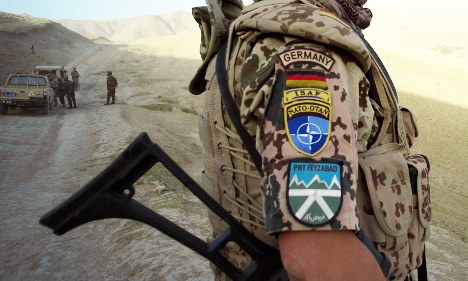 Nine of the 25 soliders – more than a third – killed in the conflict since summer 2008 came from the former East, according to an article in the Bild newspaper on Friday. East Germans make up 20 percent of the overall German population.

An additional six of those killed were immigrants to Germany with German ancestory – from Poland, Russia and former Soviet republics. Taken together, the group of East German and immigrant soldiers make up more than 50 percent of those killed.

“The figures show that the majority of young people from weaker economic regions or social levels carry the dangerous burden of our foreign troops,” Bundeswehr expert Michael Wolffsohn told Bild.

In May, German Minister of Defence Thomas de Maizière admitted that in the past is has been easier for the Bundeswehr to find young men and women ready to sign up in eastern Germany because of higher unemployment levels there, but spoke of a “narrowing of the gap” in recent years.

The Bundeswehr has depended on voluntary military recruits since compulsory military service was abolished last year.

Around 45,000 young people need to apply each year to become temporary or career soldiers in order to keep numbers up, de Maizière estimated.

“We have to make sure the burden is fairly split between East and West, especially in a fighting unit,” Conservative politician Michael Kretschmer told the paper.