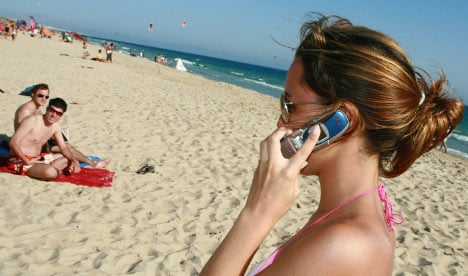 The new price caps come into force on Sunday, just in time for the start of the holiday season.

“We’re especially pleased that the price drop has gone through in time for the holiday period so that many holiday makers can profit from it,” said Jochen Homann, President of the German Federal Network Agency.

The new rules, due to come into force on Sunday, will introduce a cap of 29 cents per minute plus VAT for outgoing calls on mobile phones within EU countries, the Federal Network Agency announced on Friday.

The timing has been greeted in EU circles and further measures over the next years to push down EU roaming costs for mobile phone users will in future always be introduced on July 1st.

From 2014 European customers will be able to switch their provider when visiting another EU country without having to change their number or SIM card.

“This rule will create the conditions for new and cheaper offers for end customers,” said Homann.