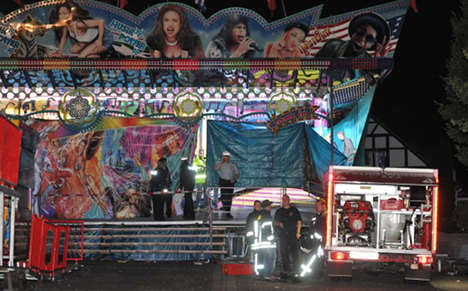 The three women on the ride were thrown from the car as it broke from the main body of the Schlagerexpress high-speed waltzer -type ride. Although they were seriously injured and rushed to hospital, their condition is not said to be critical.

Police said that four more people who were hit by the car escaped with relatively slight injuries while others were in shock, the Westdeutsche Allgemeine Zeitung (WAZ) newspaper said on Wednesday.

The ride was part of a temporary fair in the town of Gevelsberg, in the Ruhr Valley. More than 40 police officers and nine ambulances attended the scene.

An investigation has been launched to figure out what caused the accident.