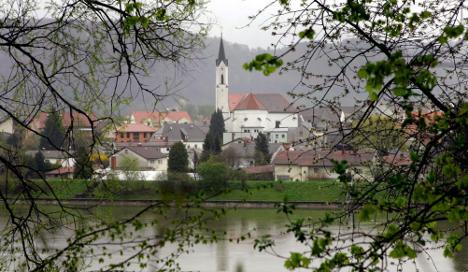 The 22-year old man, who has not yet been identified, had been on holiday with the 2nd Logistic Support Regiment – based in Gütersloh in North Rhine-Westphalia – when the accident occurred on Thursday.

Three rafts carrying a total of twenty British servicemen had set off down the Inn River in Tirol, which on Thursday was swollen after prolonged torrential rain, reported the Tiroler Tageszeitung.

Shortly after leaving the launching station at Fließ, one of the boats was capsized by a wave – tipping its seven occupants into the fast-flowing water.

While four of the passengers were hauled to safety, the other three – including the 22-year old soldier – lost their grip on the raft whilst attempting to right it and were swept away by the current, the paper wrote.

Two men succeeded in reaching dry land on their own, but it took a search and rescue team to found the third man three kilometres downstream. He was unconscious and could not be revived.

Austrian police are now investigating why the rafting trip was allowed to go ahead despite the high water.

“It is with regret that the Ministry of Defence can confirm the death of a serving soldier from 2 Logistic Support Regiment,” a spokesman for the British Defence Ministry told The Local on Saturday morning.

“The circumstances of the soldier’s death are being investigated by the Austrian Police and we are supporting them with the work,” he added.