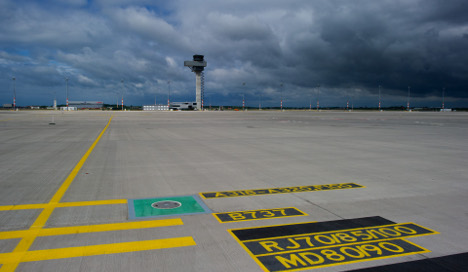 The Willy Brandt airport was due to be finished early this month, but a horribly late announcement pushed this back to March 2013 just weeks before the broadly advertised opening ceremony.

And now the revised opening date of 17 March 2013 has been put in doubt by the airport’s special working group after a seven-hour meeting on Friday evening, wrote the Berliner Morgenpost newspaper on Saturday.

Berlin Mayor and head of the working group Klaus Wowereit refused to guarantee the new date, saying a further review would be needed determine whether the airport would really be ready next year, wrote the paper.

The decision of whether to stand by the March 2013 date now falls to the project’s newly appointed technical director Horst Amann – who will move from his current position at Frankfurt Airport in August.

Wowereit added that a recent ruling by the Berlin Higher Administrative Court forcing the board to extend the airport’s noise protection measures would add a further €591 million on to the budget, pushing the estimated total costs to over €4 billion, wrote the paper.