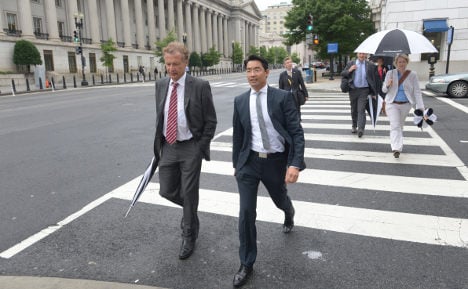 Rösler – also Germany’s economy minister – was in a meeting with Gene Sperling, President Barack Obama’s assistant on economic policy, leaving the drivers of his and the German ambassador’s car to find somewhere to park.

Perhaps overwhelmed by the importance of their mission, the drivers nonchalantly parked up in front of the White House – and were promptly approached by traffic police, who took their driving licenses away.

When Rösler and Ambassador Peter Ammon left the meeting with Sperling the cars and their drivers were nowhere to be seen, leaving them and their assistants to walk to their next meeting.