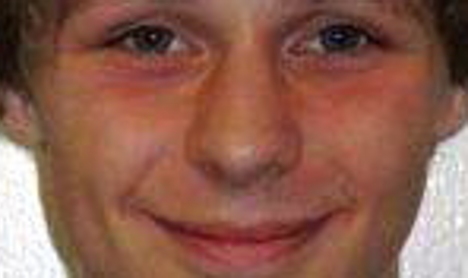 On Monday, van Helsum was forced to leave the care home in Berlin where he had been put up by the welfare office, which had assumed he was a minor.

He lived there at the taxpayer’s expense for ten months, at a reported total cost of €30,000, including €140 pocket money a month.

“We will file a suit for fraudulent appropriation of youth benefits during the course of the week,” Ed Koch, spokesman for the district youth welfare office, told Berlin’s B.Z. newspaper. “We’re going to demand this money back. Whether we ever see it again, we don’t know.”

Van Helsum showed up at Berlin’s town hall last September claiming he was a 17-year-old called Ray, and had been living in the forest for the past five years with his father. His fanciful story, that his father had died in the forest, leaving him instructions to walk north until he found civilisation, bamboozled police, press, and state authorities for ten months.

It was only when police persuaded him to allow them to release a photo of him earlier this month that he was identified by his family and friends in Hengelo, the Netherlands, and the true story began to emerge: he had disappeared from his hometown last September, and his father had been alive at the time, though he has since died.

Further details about van Helsum’s past have also emerged. His former flatmate told the Berliner Zeitung last weekend that he had been a normal young man, but had been showing signs of being bored and depressed with his life shortly before his disappearance.

Dutch media have also reported that van Helsum had a difficult family history with complicated relationships with both parents. He also reportedly had a two-year-old son.

Dutch police said on Monday that they would not be making any more comments on the story, other than that he had not committed any crimes in the Netherlands.

But there is also some mystery about his current whereabouts – according to Tuesday’s Die Welt newspaper van Helsum has not been seen or heard from since he left his Berlin care home on Monday.