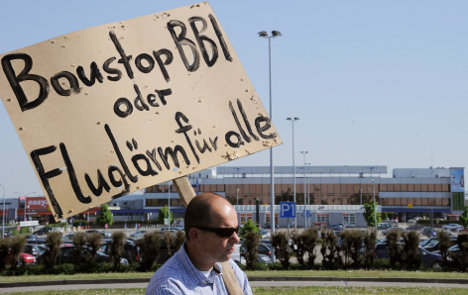 Berlin’s Tagesspiegel newspaper said that properly soundproofing the flats near the new airport would cost between €500 and €600 million – potentially more than three times the €157 million planned.

This is the consequence of a court ruling from June 15, not released to the public but leaked to the paper, which showed that the new airport’s operating company installed insufficient soundproofing in 2,000 flats.

The Berlin-Brandenburg administrative court (OVG) ruling, which the court said could not be appealed, means that these flats have to be soundproofed again.

The BER airport’s operating company, co-owned by the Berlin, Brandenburg and federal governments, apparently assumed that noise from the planes could exceed 55dB six times a day. This is loud enough to interrupt a conversation.

This was despite repeated warnings from the Brandenburg transport ministry that in fact, the maximum level is only allowed to be exceeded once a day. It seemed airport managers banked on being able to change the regulation retroactively.

But the OVG has now said that the noise from the airplanes can never exceed 55dB inside the flats when the windows are closed – and thus all the flats which have been soundproofed will have to be done again.

It remains unclear whether the extra work will delay the opening of the new airport – pushed back earlier this year from June 3, 2012 to March 17, 2013.

Berlin mayor Klaus Wowereit and Brandenburg state premier Matthias Platzeck are expected to meet on Friday to discuss the consequences of the ruling.