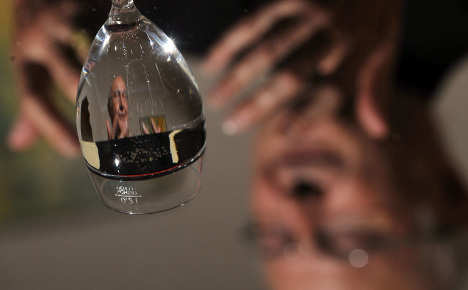 The campaign of disobedience is centred on the “Freiburg Declaration” – a statement signed by around 200 active priests and deacons calling for remarried divorcees to be given communion even though it is against Catholic law.

“The commandment of brotherly love must also apply to those who have failed in their first marriage and are trying again,” said Konrad Irslinger, a priest from nearby.

Many churches give communion to remarried divorcees on the quiet, a practice that is tolerated, even though strictly it should not be allowed.

The “Freiburg Declaration” is calling for changes to the Catholic law which bars all remarried divorcees from communion – as well as from holding any church office, such as a seat in the parish council.

Freiburg’s bishop Robert Zollitsch is being put in a tricky situation by the rebellion in his diocese – he is chairman of the German Catholic bishops and last year came up against fierce resistance from the Vatican after speaking of a possible change in the law.

Catholic authorities refer to the sanctity of marriage as a demonstration of dedication to God – something that can never be broken.

Since then he has been silent on the subject in the hope of avoiding a confrontation, and has called for all priests to either not sign the declaration – and to withdraw their support if they have already done so.

He is due to meet members from the initiative for talks on Thursday.

The church reform movement “We are the Church” has called for the bishops to follow the declaration, and hope the rebellion, which already has a considerable following in the neighbouring diocese of Rottenburg-Stuttgart, will gather strength and provoke a change.