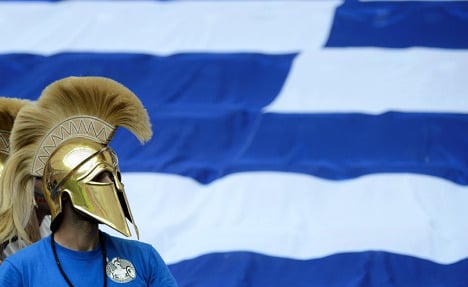 Speaking to the Handelsblatt business newspaper, Commerzbank’s Jörg Krämer said that even with a pro-European, coalition government, Greece would not be able to swallow an austerity programme in the medium term.

The conservative New Democracy party narrowly won Greek election on Sunday. It is being urged by European politicians, including German Foreign Minister Guido Westerwelle, to form a coalition government with the socialist Pasok party. Both parties are in favour of Greece accepting a further bailout.

The turn in Greek politics has been somewhat of a relief to politicians and economists as it edges out the far left Syriza party.

But Krämer believes that in the long run, the population of Greece will back neither reforms nor the cost-cutting measures that would come with a further bailout from the eurozone.

“If the eurozone states do not want to lose their international credibility, they will at some point have to cut Greece off,” he told the paper. “Greece will then quickly become bankrupt.”

A Greek exit from the common currency would not mean that the rest of the eurozone will crumble though, said Krämer. He believes that “the euro will survive because the political and economic elite depend on its existence.”

The eurozone could turn into more of a transfer union, he said, as even after a Greek exit, stronger euro states would support weaker ones.

“This would weaken the currency union as a whole because the inevitable increased tax burden would reduce the incentive to work and invest. Inflation will clearly rise, because the European Central Bank has moved too close to the finance ministers, and is releasing too much money into circulation,” he said.

Greece has been forced to seek bailouts twice already, first for €110 billion in 2010 and then for €130 billion this year, plus a €107-billion write-off of private debt.