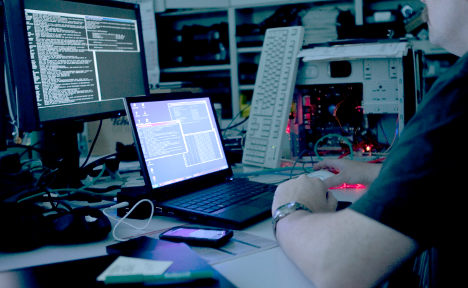 “The collective mocks the attempt to intimidate out activists,” Anonymous warned in the video, released on Youtube, saying the authorities had “poured petrol on the fire of the revolution.”

Anonymous then announced they would soon make further attacks in their fight for free information on the internet. “We are prepared to make sacrifices,” the video said.

Police searched the flats of 106 suspected Anonymous activists last Tuesday and Wednesday. They were suspected of hacking the website of Germany’s music royalties agency GEMA in December 2011.

Anonymous paralysed GEMA’s website last week following the attacks. “You might be able to follow us, and even imprison us, but you will never stop us,” the video message warned.

It remains unclear whether the raids were on the activists themselves or accidental helpers, who unwittingly attacked GEMA’s website through manipulated links.