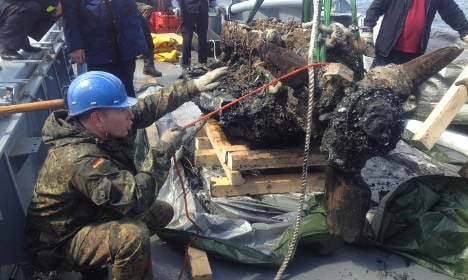 The aircraft, originally thought to be a Ju 87, is now believed to be a Junkers 88, which is almost twice as big, according to newspaper reports.

Experts at the Bundeswehr Military History Musuem in Sassnitz who have been taking part in the excavation, told Focus magazine on Friday that new plane parts have been uncovered which suggest the plane is a larger model than previously thought.

The Junker 88 has two engines and was usually a four-man aircraft, according to the paper. The confusion arose because both planes were constructed using some of the same parts.

The excavation, which has been underway for weeks, had been scheduled to finish on Friday, but the team continued to search for human remains or ID tags of the crew, of whom no trace has yet been found.