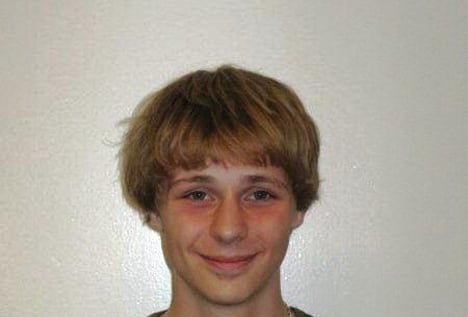 Van Helsum’s story – that he had been living in the woods with his father for five years – before throwing himself on the mercy of Berlin police last September was exposed as a pack of lies on Friday, when he was identified by his family and friends.

He is a shy boy who rarely went to parties, former friend and flatmate Mo Rahimi Rigi, 21, from his hometown of Hengelo in the Netherlands, told the Berliner Zeitung am Sonntag on Sunday.

“He actually preferred sitting at home and playing on the computer,” said Rigi, adding that van Helsum was a fan of American cartoons such as South Park and Family Guy.

“Robin is actually a completely normal boy,” Rigi told the paper. “He was good at keeping himself entertained. But his computer was almost always on.”

Rigi moved into a shared flat with van Helsum in 2010. They had attended the same college, after which van Helsum began vocational training, but dropped out after three years.

According to Rigi, van Helsum had then been bored as an intern at telephone company Voicedata. “It wasn’t much fun, but he didn’t really know which direction his life should go in. Maybe it made him a bit depressive,” he told the paper.

It was at this time that the 20-year-old decided to run away and start a new life somewhere else. “Last time I saw him was at the beginning of September,” Rigi said. “I used to make him a sandwich every morning and when I came home it lay there untouched.”

That was when van Helsum disappeared without trace to become Ray, the forest boy.

Meanwhile, psychologists have been musing over Van Helsum’s motive for keeping up his fake identity for so long.

“It’s a real achievement,” child psychologist Michael Günter told Focus magazine on Sunday. But he added that it was not an uncommon phenomenon in young adults, who often escape into a fantasy world if going through an “adolescent crisis.”

Relatives identified van Helsum – who had been reported missing since September – after police persuaded him to allow them to release his photograph on Tuesday, solving the mystery that had foxed press and authorities for ten months.

Van Helsum, who is now being dubbed the “Holland Pinocchio” by the German media, is likely to remain in Berlin for the time being, local police said on Saturday evening. He has so far failed to get in touch with his Dutch friends, according to newspaper reports.