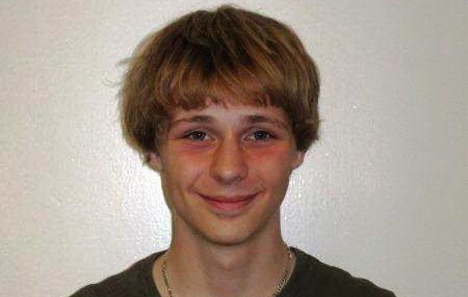 “We are 100 percent certain that he is this 20-year-old boy, because his stepmother positively identified him,” a police spokeswoman told Die Welt newspaper.

“We have made contact with his family and friends,” she said. “A photo where you could see him with a chain round his neck showing his name provided the proof. We are very glad that we have found out who he is.”

Van Helsum showed up in central Berlin on September 5, 2011 and told astonished officials he had no idea where he was from – but that he had walked for five days to reach them after his father had died in a forest.

Since then, he was kept in state care as the police tried to puzzle out who he was.

According to Die Welt, it emerged Friday that van Helsum had been officially been reported missing on September 2, 2011 by his separated parents.

“His parents called the police, but the search was not made public, as he was not a minor and there was no danger that he would harm himself or anyone else,” the Dutch police spokeswoman said.

The parents wrote a message on Twitter in December 2011 that read, “Who knows where Robin van Helsum is.” The Dutch police also said the boy wrote his parents a letter from Berlin. His father then really did die in February of this year.

According to Die Welt, van Helsum completed an internship at a telecom company in Hengelo at the start of last year, and that he had dropped out of a training programme.

Though his identity has now been established, the motivation for absconding remains a mystery. “He’ll have to explain that himself,” the Dutch police spokeswoman said.

“He had personal problems and this was his way of starting a new life,” friends of van Helsum told the Volkskrant. Several of them identified photos of him released this week.

His own story, that he had been living in a forest with his father for the past five years, after his mother died in a car accident, has now been exposed as a lie.

Berlin authorities, who have been taking care of him for the past ten months, had assumed he was around 17 years old.

He spoke very little German, and only broken English and only allowed police to release a photo of him on Tuesday.

“This is no joke anymore,” Berlin police spokesman Michael Maaß told Die Welt. “If this is true he made right fools of us. The costs could come down to him.”

“There were things that did not fit with his story – he was relatively clean and the tent he had with him did not look like it had been used for five years,” Thomas Neuendorf of the Berlin police told The Local when they released van Helsum’s picture on Tuesday, and his identity was still a mystery.

“We thought all sorts of things at first – that he was doing it for a bet or something.”

“It was also simply unimaginable that someone could live near Berlin for such a long time without being seen,” he added.