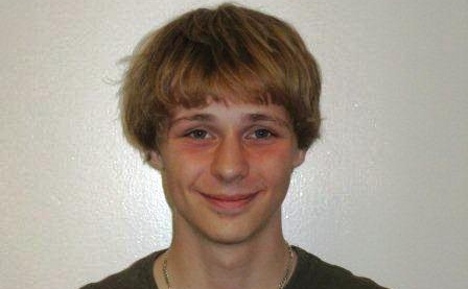 “Nearly a year after he first arrived here, the whole thing is still a mystery,” Thomas Neuendorf from the Berlin police told The Local.

“We have conducted all the investigations we know how. We have compared his DNA with international missing persons lists, we’ve made public appeals, we’ve sent his fingerprints around the world to see if he was involved in anything picked up by authorities anywhere but have come up with nothing.

“He has now – after intense discussions – finally given us permission to release a photograph of him and we are appealing for information about who he is.

“At first he spoke just English, but it would seem this is not his mother tongue, that he had learned it. But the specialists we had in could not say where he was from.

“Certain aspects of his DNA indicate he most likely comes from Europe.”

Neuendorf said the boy was still sticking to his original story – that his mother Doreen died in a car accident when he was 12, and his father Ryan had taken him to live in the woods for about five years. They slept in a tent or found shelter in hunting sheds.

Ray says that one day his father died after falling over last August, and he buried him in a shallow grave and followed his emergency instructions – walk north until you find civilisation and ask for help.

He showed up in central Berlin last September and told astonished officials he had no idea where he was from – but that he had walked for five days to reach them.

“We thought all sorts of things at first – that he was doing it for a bet or something,” said Neuendorf.

“There were things that did not fit with his story – he was relatively clean and the tent he had with him did not look like it had been used for five years. It was also simply unimaginable that someone could live near Berlin for such a long time without being seen.

“But such a long time afterwards and we are still mystified as to who he is.”

A few more details have come to light – Ray told his carers he saw his father getting money “out of the wall,” said Neuendorf, and they would go shopping – possibly in one of Germany’s discount Lidl supermarkets.

“He remembers the word Lidl, and it would seem the pair of them went shopping – they didn’t just live off berries. But he says he cannot remember anything like a town name or a street name.”

Ray also said they once saw a “vehicle on rails” and said he had wanted to go on it, but that his father said it was too expensive, said Neuendorf.

“There is something strange about this whole story,” he said. “Whenever we want to go into details with him, he breaks it off, saying both of his parents are dead, and that no-one else knows him. He seems to have an astounding lack of interest in finding out who he is.”

But Ray is healthy, and seems to be happy enough in the youth housing project where he is living – and although no-one is sure how old he is, it is clear he cannot stay there forever.

“At some time he will have to be given a family name, a nationality and an official date of birth – that is the law in this country,” said Neuendorf.

“So we are now appealing for witnesses who may have seen him – perhaps with his father – when they were in a shop or something. We haven’t managed to get anything in all this time. It really is a mystery.”

Ray is described as being between 16 and 20 years old, 1.80 metres tall with dark blonde hair and blue eyes. He has three scars on his forehead and three smaller ones on his chin as well as a 1cm scar on his right arm. His teeth show no sign of dental work.

When he showed up in Berlin he was carrying a two-man tent and a sleeping bag in a new-looking black rucksack – and wearing a golden chain around his neck with a pendant in the shape of the letter D – which he said signified his mother’s name.

On Wednesday afternoon a police spokeswoman told The Local, “Since releasing the photographs we have had 12 calls with advice or suggestions, but no hot clues yet.”