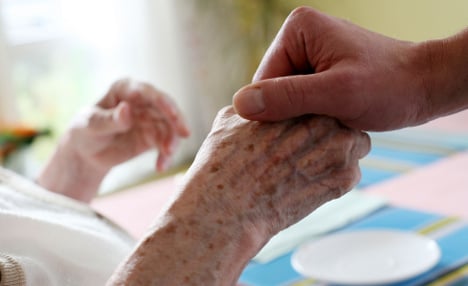 The sentence handed down on Tuesday by judges in the state court in Braunschweig, Lower Saxony, was only six months less than what state prosecutors were demanding.

The man’s defence lawyers had called for a suspended sentence. It remains unclear whether he will appeal.

The man suffocated his mother with a towel in a care home near Braunschweig at the beginning of this year, after a riding accident in 2004 had left her in a vegetative state.

At the start of the trial in May, the man testified that he had killed his mother to “release” her, even though the patient had not left any instructions.

“This case tests the law to its limits,” presiding Judge Ralf-Michael Polomski said in court on Tuesday. He said that although “many people have a moral understanding” for the man’s actions, it was still a crime.

Though the court accepted that he had behaved out of sympathy for his mother, Polomski said that if they had followed the defence’s recommendation of a suspended sentence, “there would have been no limits left.”

“How should a court rule next time a carer acts out of pity?” he asked. “In our society, the protection of life is absolute.”

The court’s decision was also determined by the fact that the man had not exhausted all his legal options before he took action.

In the spring of last year, the 26-year-old had asked the home to stop his mother’s artificial nutrition, a request which was refused.

“That is fully within the home’s rights,” said the judge, but he added that the man should have realised at that point that he had the option of fighting for the right to turn off his mother’s life-support machines through the courts.

The judge acknowledged that this would have been “long and difficult,” but it was a course he was legally obliged to take.

During the trial, psychologist Ulrich Diekmann criticized the care home’s management for not providing the accused with any support, saying that he had essentially been left alone.