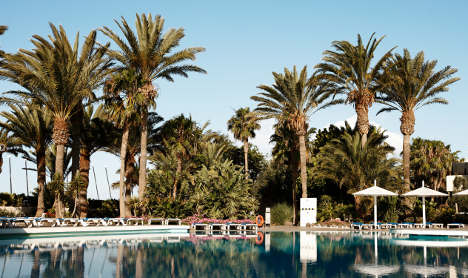 The hotel complex where the man died. Photo: Robinson Club

The 41-year-old man, named only as Marco P., was on holiday with his 35-year-old friend Martin E., on the Canary Island Fuerteventura, staying for a week at the Robinson Club Jandia Playa.

On Sunday afternoon the two men took to the hammocks set in the gardens of the hotel complex – ignoring the increasingly violent winds, the Bild newspaper reported on Monday.

One of the trees cracked and broke in the wind, landing on Marco P., killing him instantly – and seriously injuring Martin E.

The men were taken by helicopter to hospital, where Martin E. is being treated, nothing could be done for his older friend.

German police confirmed on Tuesday that the men came from Böblingen near Karlsruhe.