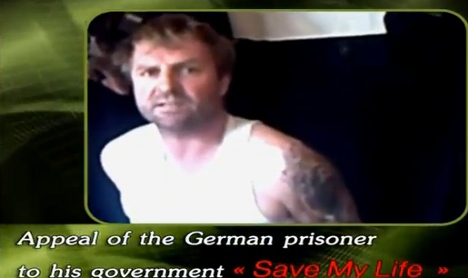 The US-based SITE monitoring service, which tracks jihadi websites, said on Tuesday that Al-Qaeda in the Islamic Maghreb (AQIM) had issued a statement about last month’s death of Edgar Raupach.

AQIM did not explicitly confirm that it had held Raupach, who was killed by his captors on May 31 as Nigerian security forces conducted a raid in the northern city of Kano.

But the statement said Germany had given Nigeria the “green light” for the military operation “at a time when the mujahideen (were) keen to peacefully settle the issue” if their demands were met.

“We say to the family of the German citizen Edgar Fritz Raupach, the blood of your son hangs from the neck of your government,” AQIM said, according to a SITE translation of the statement posted online on Monday.

The German engineer was kidnapped on the outskirts of Kano in January in the days after a series of bombings and shootings claimed by Islamist group Boko Haram, which killed at least 185 people in the city.

AQIM has not been known to operate directly in Nigeria, though Boko Haram and other extremists in the country are believed to have links to the group.

According to Nigerian security sources, Raupach was shot and stabbed by his captors when the military moved in to try to save him.

The raid came as news of a fresh kidnapping emerged in Nigeria with officials confirming the abduction of an Italian engineer in Kwara State, in the African country’s central-west.

In March, Nigerian security forces faced criticism after a failed bid to rescue an Italian and a British hostage. Their captors killed them before Nigerian forces could rescue them in a joint operation with British forces.

In its statement, AQIM warned European governments against using force to resolve kidnappings.

“This method of foolishness in dealing with the hostage issue has proven its failure and led in all cases to the killing of the hostages and many soldiers, while the serious negotiation style proved successful and led to their release,” it said.