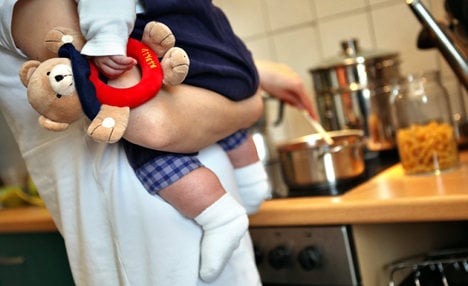 The Organisation for Economic Co-operation and Development (OECD) said paying a parent to stay at home with their young children could not only reduce Germany’s female workforce, but work against the integration of the country’s migrants – something the government has been striving to promote.

The organisation is concerned that the money could become an incentive for women to give up work, and make it less likely they look for a job, Die Welt newspaper reported on Monday.

“Less-educated women with lots of children and living in a country with high living costs would be particularly affected,” the study said. And for many women working low-paid jobs, whose wage barely stretches child care costs, the monthly payments could indeed be welcome.

In Norway the share of migrant woman who had jobs dropped by 15 percent after similar child care payments were introduced.

Yet keeping migrant children at home rather than sending them to day care hinders their integration into a foreign society, the OECD said. Its study laid out data suggesting sending a child over the age of three to day care greatly improves their social and academic advancement.

The new law prescribes €100 a month for the families of two- and three-year-olds who are not sent to state-subsidised day care facilities, while this sum will increase to €150 a month from 2014.

The provision has been championed by the Christian Social Union (CSU), the Bavarian sister party to Angela Merkel’s Christian Democratic Union (CDU) – and was opposed by not only much of the CDU but also the union’s coalition partner the Free Democratic Party.

As well as the OECD, German opposition parties, academics and the European Commission – which oversees the whole of the EU – have too hit at the move as many believe the money would be better spent investing in expanding the network of day care facilities on offer.