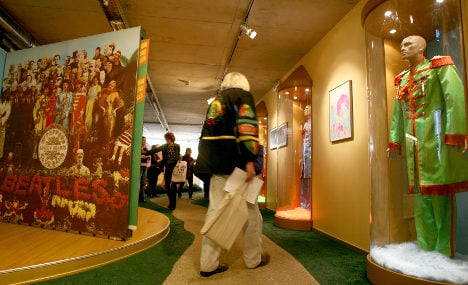 Blaming a lack of state funding, museum bosses are to close the five-storey museum at the end of June after just three years, the Hamburger Morgenpost newspaper reported on Monday.

The museum, which told the entire Beatles story from the raucous Hamburg days to the acrimonious split, contained over 1,000 exhibits, some of which had never before been on show. But according to museum manager Folkert Koopmanns, Hamburg city council had not provided it with enough support.

Around 150,000 people have been to the museum since its opening in May 2009 – too few to cover the costs of the building and the necessary licenses.

“In view of the high deficits, there is no solution left but closure, if you want to act responsibly,” said Koopmanns.

“A privately-run museum as big as Beatlemania is condemned to fail without public support. That’s a fact that we fought against until enthusiasm turned into resignation – a bitter experience.”

He said that all discussions with the city council about potential initiatives or ideas to increase the number of visitors had failed. All coupons and tickets that have already been bought will only be valid until the end of the month.