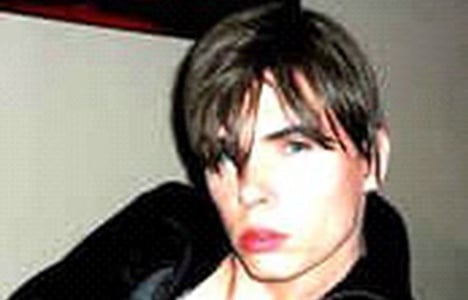 “I can confirm that the person arrested was the wanted Magnotta,” the spokesman said, adding that authorities picked up the 29-year-old in an Internet cafe in Neukölln, a working-class district of Berlin.

“At 1:30 pm, a witness stopped a police car in the Karl Marx Strasse and said that he had recognised a criminal in an Internet cafe. … Officers then went directly to the cafe,” the spokesman said.

They had little difficulty overpowering and arresting the suspect, he said. “It went very quickly.”

Magnotta will remain in custody until he can be extradited to Canada, he added.

A witness who did not wish to be named told AFP: “The police came. They arrested him and he was very relaxed. An hour later, everything was over.”

Another witness told the online version of Der Spiegel magazine that Magnotta was reading stories about himself in the cafe.

He was wearing sunglasses and a black hooded sweatshirt, this witness said.

His “French accent” first aroused suspicions among the employees of the cafe, who then recognised him from media pictures.

He was not carrying identification but confirmed his identity to authorities, a police spokesman told the magazine.

The arrest in Berlin brought to an end days of cat-and-mouse with French authorities who said they had been tracking Magnotta in Paris since at least Friday.

With the help of Magnotta’s cell phone signal, police had traced him to a hotel in the Parisian suburb of Bagnolet which they visited Saturday on a tip-off from a witness, a police source said Sunday.

Magnotta had left his hotel room, where police found items such as pornographic magazines and airsick bags bearing the logo of the airline on which he left Canada for France more than a week ago, the source said.

French police had launched “targeted searches” for Magnotta after Canadian investigators said he boarded a France-bound plane on May 26 in Montreal.

The suspect has been dubbed “Canadian Psycho” by the press because a video circulating online and believed to be linked to him, shows a man stab another with an ice pick and dismember him while a song from the film “American Psycho” plays in the background.

Interpol on Thursday issued a Red Notice wanted-persons alert for Magnotta, also known as Eric Clinton Newman and Vladimir Romanov, to its 190 member countries after a video of the grisly killing surfaced online.

The murder came to light when Canadian police said Tuesday that a human foot had been sent to the headquarters of Canada’s ruling Conservative Party.

A hand was later found in the mail at an Ottawa post office, and a torso was discovered in Montreal. Canadian police believe the remains belong to a man who was dating Magnotta – and that Magnotta is to blame.

The hunt turned to an international bus station in Paris on Monday, as police began checking whether Magnotta fled France via Eurolines, which operates buses travelling throughout France and Europe.

One employee at the station claimed to have seen Magnotta board a bus to Berlin on Friday night while another said someone bearing a close resemblance to the suspect had boarded a bus for Romania.

Magnotta has a history of trying to disappear, and has had plastic surgery on his face – apparently to look more like James Dean. He also often wears lipstick and makeup, has dyed his hair and worn wigs, and sometimes dresses up as a woman.

Described as handsome and narcissistic, Magnotta, who naturally has black hair and blue eyes, has also changed his name and used several aliases.

He made a 2009 posting on the Internet offering advice on how to vanish and never be found.

“A minimum of four months is really necessary to carry out the heroic actions necessary to leave your old life behind,” he reportedly wrote.

He said a person must withdraw from all social circles, possess two sets of false identification papers, convert all assets to cash and then take a bus to a chosen destination, after selling a car somewhere else to mislead police.