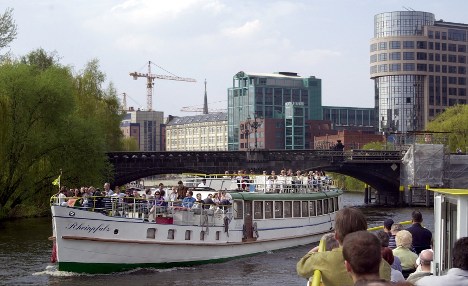 An ambulance was called to Lake Tegel at around 12:30 am on Saturday night after a man fell unconscious on the boat. When another call arrived a few minutes later to report a brawl, it became clear that the police would have to intervene, the local Tagesspiegel newspaper reported.

A fire officer later wrote in his report that one man had jumped overboard for fear of being beaten up, and had to be rescued by emergency services. Nine people were reported injured, and police charged several passengers with assault and property damage. A drunken 21-year-old man was also arrested for using racist insults.

Police are still investigating what caused the fight, which involved half of the 160 guests on the steamboat “Reinickendorf.”

According to the vessel’s owner Simone Bethke, the man who fainted was a recovering alcoholic who had been drinking on the boat. She also contradicted the police report, saying that there were only 20 passengers involved and that the fight had ended by the time the 30 police officers arrived.

One eye witness told the Tagesspiegel that all the passengers on board were very drunk, and that the fight broke out in the tumult as medics struggled to get through a crowd to the man who had fainted. The witness added that the ship’s crew had taken refuge below deck and called the police from there.

The manager of a nearby restaurant also said that the fight had continued on land. She added that people had started bashing each other with the chairs outside her restaurant, so she and her employees had fled inside, locked the doors and phoned the police.