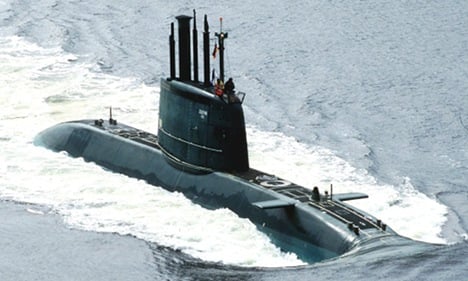 According to news magazine Der Spiegel, Germany is providing Israel assistance with the expansion of its nuclear weapons capabilities and that several key officials knew of the plan.

The three submarines were built by a shipyard in Kiel, on the Baltic coast, and three others are expected to be delivered soon, the report said.

After the submarines were delivered, Israel outfitted the ships with nuclear warheads, the magazine said.

Until now the German government has said it knew nothing about the nuclear outfitting of German subs.

The Israeli newspaper Haaretz reported on Sunday that Israel received its fourth Dolphin class submarine from Germany last month. A senior Israeli Navy officer, speaking upon the arrival of the craft, said the “submarine has a range for everything,” adding that it needs to refuel and charge its batteries only once in a long while, the paper said.

The first three submarines were given to Israel by Germany in the late 1990s, with the German government footing most of the bill, the Israeli newspaper wrote. Citing “foreign reports” it said the subs are equipped with cruise missiles that have a range of 1,500 kilometers and can carry nuclear warheads.

The submarines enable Israel to deliver a “second strike” in the event of a nuclear attack, the reports said.

The Der Spiegel report said former high level Defence Ministry sources as well as Lothar Rühl, the former state secretary of defence and Hans Rühle, the former chief of staff, told the magazine that they always assumed that Israel would outfit the boats with a nuclear weapons capacity. Rühle said he spoke with the Israeli military in Tel Aviv on this topic.

Israel does not make any official comments about its nuclear weapons programme, but information from the German Foreign Ministry showed that the German government knew of the plans as early as 1961.

There are records showing that former Chancellor Helmut Schmidt last spoke with then Israeli Defence Minister Moshe Dayan in 1977 about the programme.

The submarines were built by the Howaldtswerke-Deutsche-Werft in Kiel. Three have already been delivered and the remaining three will be sent to Israel by 2017. Israel is also considering ordering an additional three, the report said.

Chancellor Angela Merkel was very generous when it came to negotiating the business terms for the deal. Berlin will paying €135 million, or one-third of the total costs and agreed to defer Israeli payment for the rest until 2015.

But Merkel coupled the delivery of the sixth submarine with conditions: Jerusalem should halt its expansionist settler policies and should allow the completion of a sewage treatment plant in Gaza, which is also being financed with German money.

The Israeli government has reportedly failed to comply with any of this.