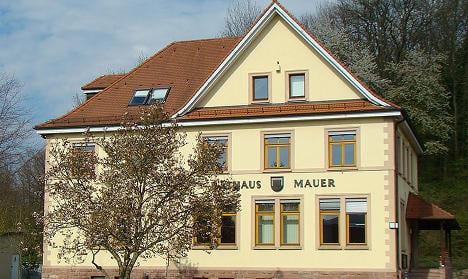 The 40-year-old Ehret, whose father was an African-American soldier and mother a native German, took over running the village of Mauer near Heidelberg, southern Germany on Friday, Der Spiegel reported on his inauguration.

Despite almost no campaigning, he picked up slightly more than 58 percent of the vote, beating out a civil servant in the village of about 4,000 residents. Observers said Ehret profited from a so-called “Obama” effect, though the trained police inspector didn’t seek the comparison.

Ehret’s first days suggested that he was unlikely to end up as head of anything. The only thing he knows about his American father is that he was stationed as a US soldier in Karlsruhe. His mother suffered a brain tumor when he was a toddler and gave him up to a children’s home at the age of two.

At six he was adopted by the Ehret family from Mauer. John became a star in the village and was the village’s only black resident. He was known as Pelé, after the Brazilian legend, at the club where he played football. John’s new dad was a respected Social Democratic Party member on the local council.

Ehret says his skin colour was never an issue – either in Germany or in the many places he’s travelled to as a member of the BKA, where he was its first black employee. His employer even once sent him to observe a neo-Nazi concert, apparently unconcerned about his skin colour.

Ehret was sent abroad many times, including on several United Nations missions. He served as an investigator into attacks in Lebanon, as a mentor in Sarajevo to help expand the village’s finance office and as an advisor to help rebuild Afghanistan’s police force. He is trained in civil service administration.

But deep down he was a boy from Mauer, so when he saw that the mayor’s job was vacant, because the previous mayor took a post elsewhere, he applied for the job.

“I didn’t hesitate for long,” he told the magazine.

Tahir Della, chairman of the Black People in Germany Initiative, said, “Before Ehret there weren’t any black mayors in Germany.” There was however a mayor of Indian descent in an eastern German town in 1993.

Ehret, who insists he’s never experienced discrimination in Germany, is now in an odd position in which black Germans want him to be an example to others. But he’s not interested in that role.