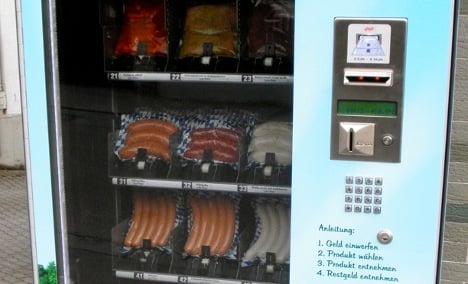 Customers arriving at Steffen Schütze’s butcher’s shop in Friesing, Bavaria, after he has closed, can choose from a range of sausages and marinated steaks, as well as potato salad and garlic butter – everything needed for a barbecue at the touch of a button.

“On one top-performing day we had about 300 products that went. I am excited to see how it’s going to be when we finally get barbecue weather,” Schütze told Die Welt newspaper on Friday.

He said he and a couple of friends came up with the idea after they spontaneously decided to have a barbecue after the shops had shut – and were left to rely on sausages from all-night petrol stations. Schütze, as an expert, said he was less than impressed by the quality of meat available in such places.

He said he kept a careful watch on the sausages in his vending machine – “I fill it up every evening.” Not only that, the meat is kept at optimum temperature and is not dropped to the bottom of the machine when sold, but carefully deposited at the opening.