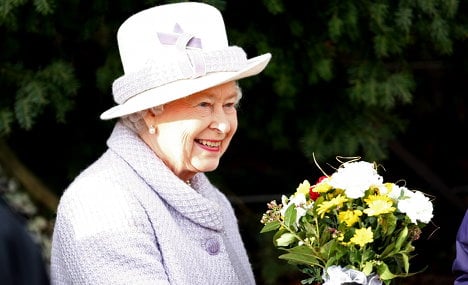 Unsurprisingly the British Embassy is at the centre of German-based celebrations. A concert of the ‘Embassy Singers’ is planned for Thursday evening in Berlin, while around 1,000 guests have been invited to a garden party in the Ambassador’s residence in Grunewald on June 7.

But perhaps the highlight of Germany’s ambassadorial celebrations will be Sunday’s Rhine flotilla, where 800 “Anglophile Rhinelanders” will join Ambassador Simon McDonald aboard the MS Rheinfantasie as she sails towards Düsseldorf.

They and others aboard more boats will take cucumber sandwiches and tea as the Queen herself simultaneously enjoys a similar naval parade on the Thames.

Many street parties have also been organised in British Army garrison locations like Paderborn and Bielefeld, several of them to coincide with an official day off for British Forces personnel on June 5.

One such jamboree, laid on by the British Legion in Bergen-Hohne in Lower Saxony, is expecting at least 150 guests. Party organiser Keith Orton told The Local that attendees would enjoy a classic British meal of fish and chips (eaten on tables bedecked with Union Flag tablecloths, naturally) washed down with liberal quantities of Pimm’s. That bash is scheduled for June 4.

Specialist British shops are enjoying a sales spike thanks to the celebrations. Sylvie Dimitrova, from A Taste of Britain in Frankfurt, told The Local that commemorative mugs have been flying off the shelves, with cider and salt and vinegar crisps among the most popular grocery items for those planning parties.

Rodney Young, from Pomeroy and Winterbottom in Munich, said that Union Flag paper plates and novelty crown-shaped tea-cosies were proving especially popular – but not necessarily with the buyers you might expect. “In my experience, most British expatriates are anti-monarchist,” he revealed. “It’s native Germans who are buying the vast majority of the jubilee merchandise.”

The Queen is a largely popular figure in Germany, where she has made four state visits, including a historic trip in 1965 that was the first such occasion since the World Wars. She has visited Düsseldorf, Hamburg and Munich, as well as Berlin, where in 1965 she inaugurated the annual Queen’s Lecture at the city’s Technical University.