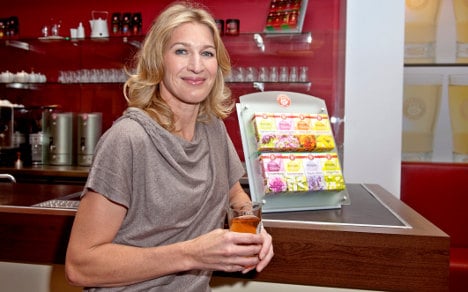 Anti-German sentiment was largely contained to Greece – for the time being — though other Europeans largely oppose the German-backed austerity measures to deal with the ongoing euro crisis.

The Pew Research Centre in Washington released its report, “European Unity on the Rocks,” on Tuesday after surveying more than 9,100 respondents in eight European Union countries and the United States in March and April.

It found Greece to be increasingly isolated on the continent – alone in their economic misery and negativity towards Germany and Chancellor Angela Merkel..

She scored high marks in the survey, with 80 percent of German respondents saying she was doing a good job as economic manager – and a majority of those in all other EU countries apart from Greece, agreeing.

Only 14 percent of Greek respondents graded her positively, and 57 percent said she was doing a “very bad” job.

Nearly half or more of the respondents in Germany, Britain and France oppose their government providing bailouts to struggling EU neighbours.

Greece fared poorly in the study, with none of the other EU countries surveyed having a favourable view of the debt-ridden nation.

Germany is the only country where a growing majority of people believe that European integration has been an economic boon for them, and where a strong majority say that EU membership has been a good thing, according to the study.

The Greeks, on the other hand, are the most pessimistic about the future, with only nine percent expecting the economy to improve over the course of the next year.

Germans also believe that they are better off than their parents’ generation, with 70 percent saying their standard of living is better than their parents’ at the same age. The Greeks, Spanish, Italians, and to a lesser extent, Americans, believe it will be “very difficult” for a young person in their country to get a good job and to become wealthier than his or her parents.