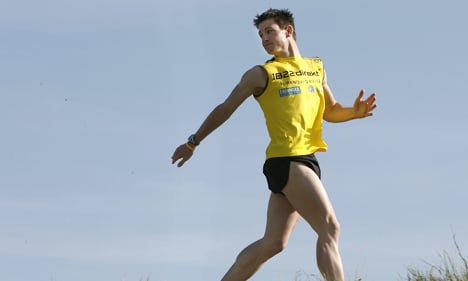 Thomas Dold beat 280 contestants from 15 countries in the Sunday event where participants had to climb 39 floors of the skyscraper Hotel Park Inn on Alexanderplatz in Berlin.

The 27-year-old Dold, from the Black Forest, took his seventh win in the seventh competition by climbing 770 stairs in 3:39 minutes.

Dold is also seven for seven in the Empire State Building stair climbing challenge, where he took his seventh win in February, climbing the historic New York skyscraper’s 1,050 stairs in 10:28 minutes.

That was the 35th Annual “Empire State Building Run-Up” and the German endurance athlete beat more than 700 competitors from 25 countries who raced up the 86 floors.