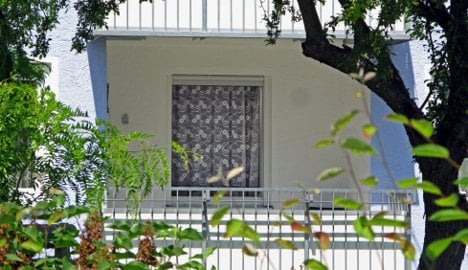 Klaas Carel Faber, who was second on the Simon Wiesenthal Centre’s list of Nazi criminals still at large, died on Thursday in Ingolstadt in Bavaria, where he had lived for decades.

German prosecutors said in January they had appealed to a court in Bavaria to make Faber serve the life sentence handed down by Dutch authorities for murdering 22 Jews.

Faber was a former member of the Nazi SS unit known as Silver Fir and was originally sentenced to death by a Dutch court in 1947. While awaiting execution he escaped from Breda prison in the western Netherlands in 1952 with six other former SS men.

He eventually started working for the car maker Audi based in Ingolstadt, while his sentence was commuted to life in prison after the Netherlands abolished the death penalty.

In 1957, a German court threw out all charges against him for lack of evidence and Bavarian authorities said the Netherlands must produce new evidence before Faber could be arrested again.

The Netherlands secured a European arrest warrant for Faber in November 2010 and sought his return to Dutch custody but Bavarian officials refused to execute the warrant.

Faber, who originally had Dutch nationality, escaped because Germany still recognises the citizenship that Nazi dictator Adolf Hitler gave to all those serving in the SS – and does not extradite its own citizens.

German Justice Minister Sabine Leutheusser-Schnarrenberger, amid pressure from Israel, had long pressed Bavaria, which has jurisdiction on the case, to look for alternative solutions to deal with the Faber case.

Faber worked from 1943 to 1944 at Westerbork transit camp, where Dutch schoolgirl Anne Frank, whose diary became world-famous, was held before being sent to her death at Bergen-Belsen concentration camp.

His unit killed Dutch civilians deemed “anti-German” in reprisal for resistance attacks against the Nazi occupation.