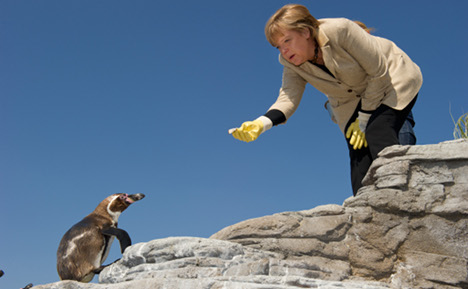 In this week’s Forsa survey, published in Stern magazine, Merkel’s CDU scooped up just 31 percent – their lowest score since October 2011 and four percent less than last week. This represents a marked decline since February, when they were at a secure 38 percent.

The conservatives’ new low comes after the party was steam-rolled by the centre-left Social Democratic Party (SPD) in a recent state election.

“The election disaster has left many CDU supporters irritated,” Forsa boss Manfred Güllner said on Wednesday. “Defeats like that often lead to such drops in support,” he added.

Not only are the German conservatives losing pace. The defeat of Nicolas Sarkozy in the recent French election leaves Merkel with only Prime Minister David Cameron in the UK as a major centre-right ally in Europe.

But public sentiment remains friendly for the leading lady herself, with 48 percent of voters saying they are still prepared to vote for her.

Merkel’s junior coalition partner, the pro-business Free Democratic Party (FDP), is gradually recovering from its slump as they climbed to six percent this week – their best since March 2011 and a far cry from late last year, when they were flailing with a mere two percent of voters.

The polls also show the SPD now hot on the CDU’s heels, climbing one more point above the previous week, with 27 percent. The Pirate Party also racked up another point, putting at 13 percent – equal with the Green Party who remained stable at 13 percent.

But Germany’s socialist Left party is clearly being damaged by an ongoing leadership struggle. They managed to bag just six percent, the lowest score since the party was founded in 2007.

Personnel changes also put the CDU in the spotlight last week, as Merkel received much negative press for the manner in which she sacked Environment Minister Norbert Röttgen. But another Forsa survey revealed that 72 percent of CDU voters said Merkel made the right decision, while 51 percent of all voters felt the same.